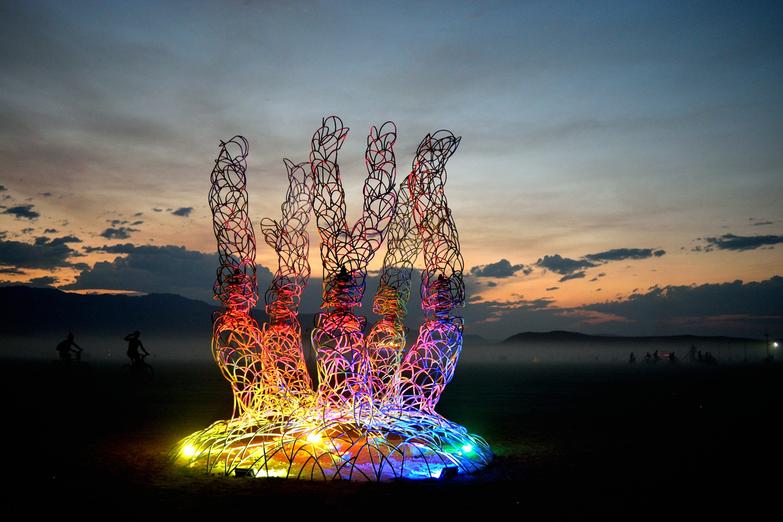 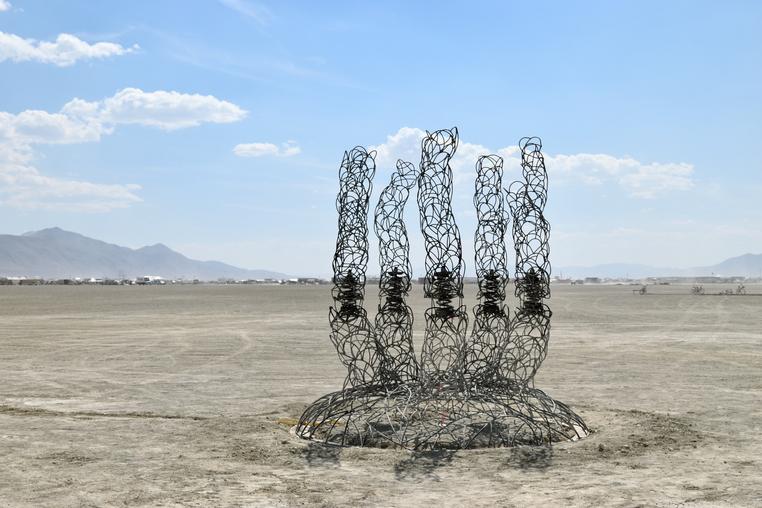 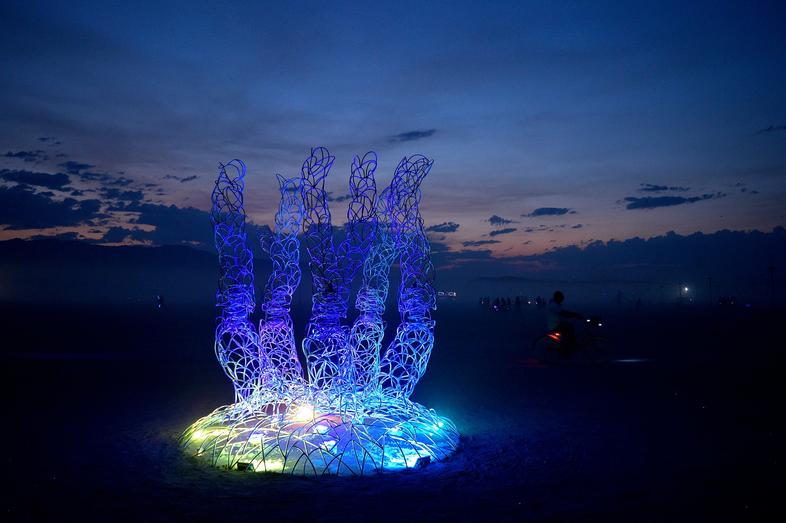 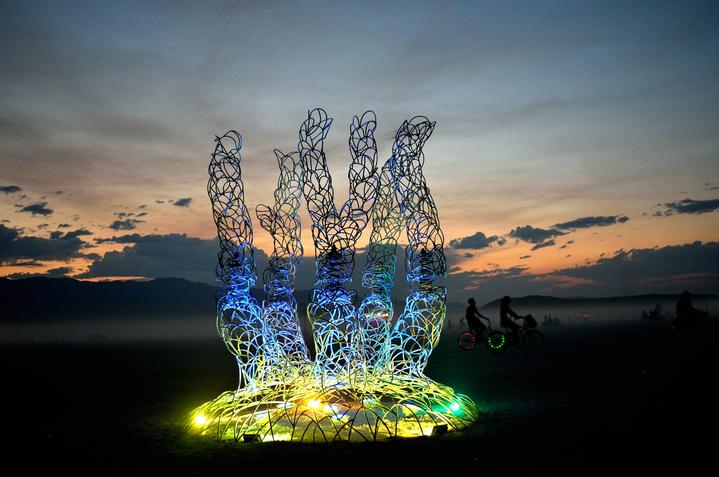 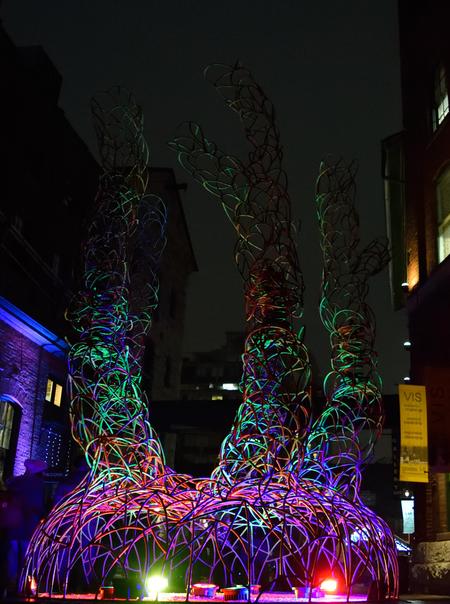 “Reaching Through” is an 11ft tall steel kinetic sculpture consisting of 5 tube-like structures that flow up towards the sky in forms resembling coral or plants. It is made kinetic by the use of suspension springs salvaged from retired trucks. The suspension springs are placed about half way up each of the tubular structures, allowing the top pieces of the sculpture to sway and move in the wind or when touched by people. Lights shining up from within the sculpture along with the moving parts create an ethereal essence. The natural forms rise up from the playa, reaching through, and swaying in the wind. This piece is about the organized functionality of living organisms, in contrast with the disorganization and sometimes seemingly chaotic physical world considered to be reality.  It was created for Burning Man 2017 as an honorarium piece. 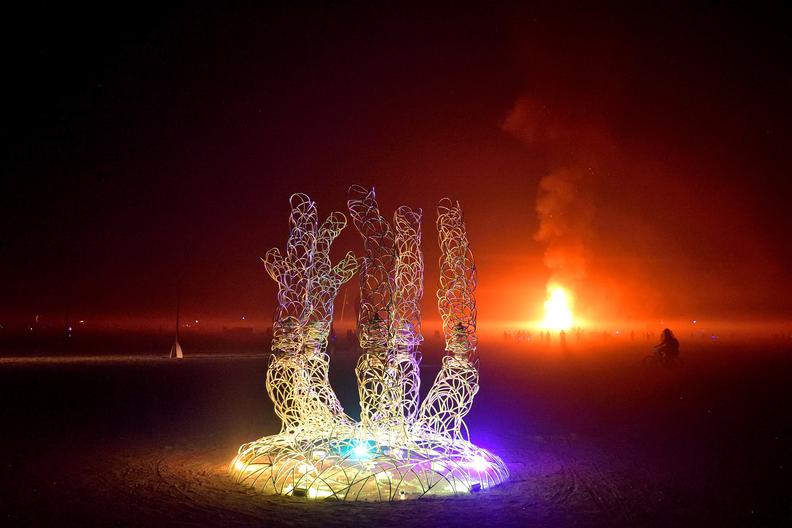 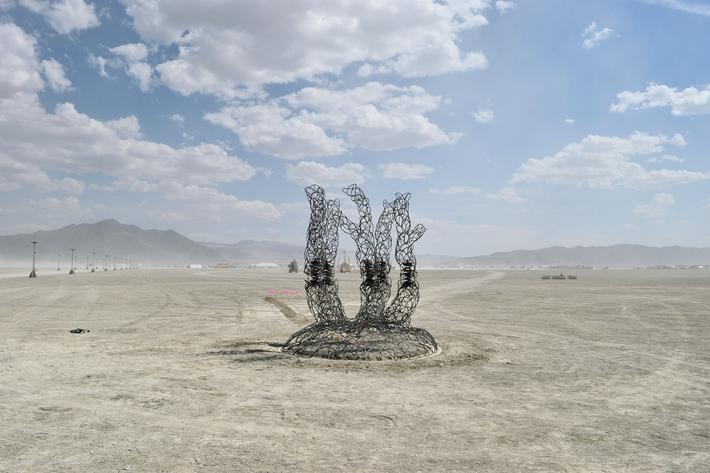 On display at the Toronto Light Festival 2018. 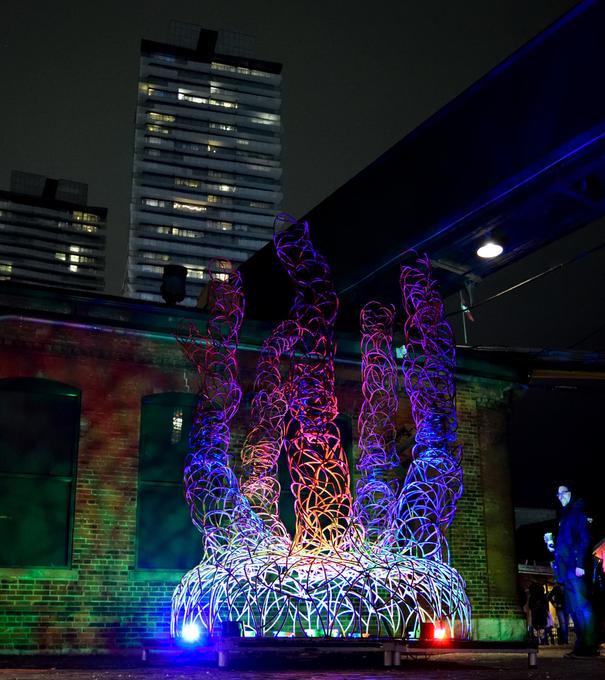 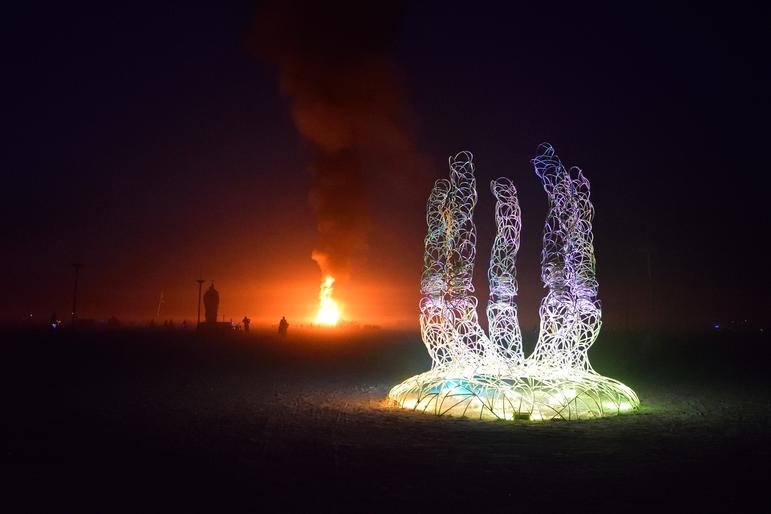